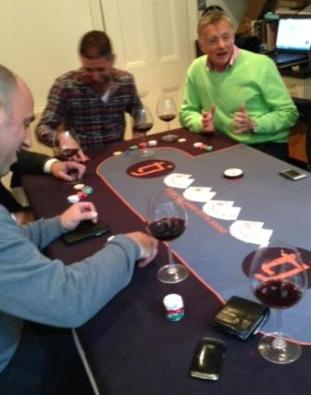 This was a great day and a rather apt 200th post for me on this Blog, the first being back in April 2009. This day, that was aimed at being a replica of last August’s Golf, BBQ, Wine & Poker , was a little scuppered by the weather as the golf had to be cancelled but that didn’t stop the BBQ, Wine and Poker happening!!
Mr Sabourin hosted impeccably as ever. We started with a couple of really lovely bottles of Dom Ruinart 1996 which went very well with the first cigar – Le Hoyo des Dieux 1999 from Hoyo du Monterrey. The Ruinart was still youthful but just starting to age, at a really lovely stage and on the elegant side of things. The Des Dieux was rich and dense without being heavy, a cigar known to age well this was just that, lovely. I have a young box tucked away and may add another. 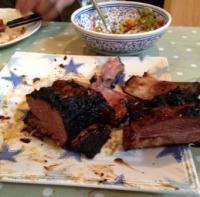 With food not far away it was white time and that meant a mag of Morey Saint Denis Blanc 1er Cru Clos des Monts Luisants Vieilles Vignes 2002, Domaine Ponsot. A wine I have never had before and in all honesty I didn’t know there was such a thing as white Morey Saint Denis. It was also at a lovely stage, starting to thicken and up in intensity, a richness here reminds me of Bourgogne Blanc from de Vogue. Our host being a slow-cooking fiend it was a brilliant beef short rib…simple meat done brilliantly. Clearly it was now red wine time so why not start with Tignanello 1997 from magnum? Consensus being that it was far better from magnum than the bottles are now, this is often the case at this level I guess. Either way it was delicious.

The next wine was one of only a few from bottle not magnum albeit two bottles – Calon Segur 2003 one bottle seemed a little more open than the other. Both were on the brooding and serious side of 2003 with dense black fruit and a structure to match. This is far better than the sometimes burnt 2003’s. The question though I suppose is when or if the charm will come to the fore, as a betting man I would say this will peak in 4-6 years time. The luxury of a post main course ciagr was allowed now and it was time for an uncompromising Por Larranaga Petit Corona (MLO FEB 12), it’s one of those cigars that just does what it should, richness without being overly heavy and a sweet molasses caramel side to the flavours. A lot of people say they need 2-4 years minimum but I’m happily smoking them young. Now back to Bordeaux and a magnum I really enjoyed Canon 1990 – it just had a real proper St.Emilion-ness about it. If any commune has, to my mind, an identity crisis then it is St.Emilion. I can’t see many similarities between  the styles I like, Madgelaine, Canon, Tertre Roteboeuf and the rich massiveness of Troplong-Mondot and Pavie etc etc and that is not saying there is just two styles either. Pomerol does well because there are variants on a theme, not so in St.Emilion…anyhow, rant over. This Canon was very together mellow, slight cheesecloth nose it made you want to drink a lot of it, easy and enjoyable but not simple, medium weight, sweetly degraded, a joy.
The poker was now up and running but the wine continued to flow, I had not had Saffredi 1990 before but this magnum was utterly delicious and served blind I would have struggled to be within 10 years of 1990 such was the focussed purity of the dark fruit, it flew down as quickly as the Canon did, back to back gems. 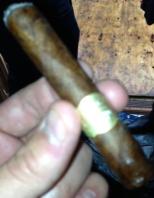 Time for a quick hemisphere swap and now it was time for a bottle of Torbreck “The Factor” 2004, Torbreck was high up on my “never tried” list until this. The nose was extravagant but also focussed red fruits and freshness as well as serious depth, I’m not good enough at this to do the nose justice in fact. The palate showed that this has a long way to go to full maturity…very impressive wine. Now it was time for my magnum and I can’t pretend I wasn’t slightly regretting my decision to go for something a little “different” but the Achaval-Ferrer Finca Altamira 2007 magnum actually did me proud, it profitted massively from a vigourous double/triple decant and a bit of “throwing around”. The primary oak was gone and actually it was pretty damn good. I’m tempted to tuck a few mags away for 5-7 years.

Now the next bottle to come round was something of a rarity, one of only 588 bottles – Graham 1969 Single Harvest Tawny Port (Colheita) – and it as simply stunning, such depth of flavour and complexity from nuts to dried fruit and with amazing poise, a combination of the best whisky you’ve ever had and the best vintage port and then mellowed…as you might be able to tell I rather liked it!! As the poker continued our kind host put his head in his eurocave and brought out a couple more bottles. Gevrey-Chambertin 1999, D.Bachelet from magnum which was still primary but at a lovely stage, elegant and pure (as an aside someone very kind in a restaurant the other day (Otto’s) sent over a glass of Charmes-Chambertin 1999 from Bachelet and it was stunning, purity and precision, I would have been miles out on vintage if tasted blind). The final bottle of the night, well final one before I got the tube was a Sancerre Rouge Belle Dame 2006 from Domaine Vacheron not a wine I know at all but certainly the most serious Sancerre rouge to pass my lips!
What an afternoon and evening! 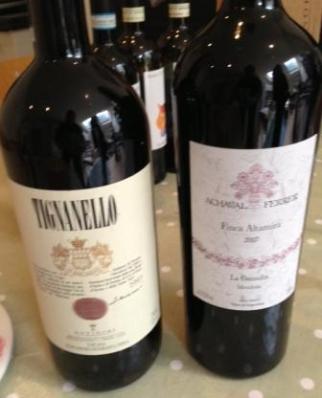